Doing a Komodo Islands Tour was definitely our top experience when visiting Indonesia. Even though Bali has a lot to offer, nothing on the island can compare to the beauty of Komodo National Park. From pink beaches, snorkeling with manta rays, and seeing millions of bats flying into the sunset – you are really in for a treat if you decide to book this cruise. We decided to book a 3D2N Komodo tour package with Travass Life, but you will notice a lot of the operators offer the same itineraries and tours. In this article, I will show you what we did on this tour, so you know what to search for when you’re booking your own.

The first stop on the Komodo Islands tour was Kelor Island. Here you will have plenty of time to do a short hike to a viewpoint and do some swimming and snorkeling. The views were stunning here, but be prepared to wear good shoes as it does get a bit steep and slippery on the path.

After lunch, we sailed off to Rinca Island – one of the three biggest islands and the most popular on the Komodo Islands tour. On this island, Komodo Dragons reside. They are the largest, heaviest lizards in the world – and one of the few with a venomous bite. We made our way to the ranger’s camp, where our group got assigned two rangers to escort us while we walk on the island. Even though there are over 2000 Komodo lizards living on this island, they mostly hide in the hot daylight. Still, it is required to be escorted due to danger and previous tourist deaths.

After learning a few facts about these giant lizards we set off. We explored where they live and eat and also walked to a beautiful island viewpoint.

As the evening approached we anchored near Kalong Island. We sat on the deck, opened a bottle of wine, and waited for one of the most beautiful natural phenomenons to occur. During sunset, millions of bats fly out of the cave on Kelong Island and go on a food hunt. No one, not even the guides or the locals, knows where they fly to. However, they always return back to Kelong in the morning.

This spectacle lasted about half an hour and was definitely a great way to end the first day in Komodo National Park.

Being one of the most famous islands in Komodo National Park, you are likely to be one of many tourists here. The hike to the top is slightly tough, but the views are out of this world! This place was quite unique in almost every aspect. Hills and water on both sides and countless Instagram-friendly locations for your photos.

Surrounded by clear turquoise water and amazing views, this sandbank was our second stop on the second day on the Komodo Islands tour. We spent about an hour here and had a great time walking on the island.

You won’t believe your eyes when you arrive on this beach. The sand REALLY is pink. And the water is so blue! To date one of the most beautiful places I ever swam in.

The sad reality of the pink beach is that it does attract a lot of tourists. And with a lot of tourists comes a lot of trash. During our visit, there wasn’t much trash on the beach. However, there were so many plastic cups and bags in the sea. I saw almost no fish while snorkeling.

Travass Life (during our sailing) had a very poor relationship with plastic. So much single-use plastic on board that you really see how much each and every boat contributes to this plastic pollution problem on any Komodo Tour. I have seen that they are trying to make matters better now though, so hopefully, the beach will go back to its original beauty in no time!

After sailing a little while more, we made another stop in the middle of the sea this time. Swimming with manta rays was a definite highlight of this trip. The creatures are so curious and so gracious! We snorkeled with them for about half an hour and had such an amazing time. I can definitely recommend doing this on your Komodo Islands tour.

One of the last islands we visited on this Komodo Islands tour was Kenawa Island. By this time we were all slightly tired of snorkeling, but here it was totally worth it! There was a lot of life here and the water was very clear. You’ll without a doubt feel a little tired at the end of your Komodo tour, but you’ll every minute of it too!

The Komodo Islands Tour can be booked through several different operators. Make sure you book yours with a place that is conscious about the sea life and plastic in how they do their Komodo tour. While day tours are a fantastic idea if you are more into diving rather than sightseeing and snorkeling, the 3D2N tour is a perfect amount of time to see the highlights. The Komodo National Park is absolutely stunning and you should add it to your Bali travel.

How to get to Flores Island

First, you will need to book a domestic flight from Bali to Flores – Labuan Bajo. Labuan Bajo is the starting point for your trip to Komodo Islands. Domestic flights can be somewhat unpredictable and often get canceled and delayed. Four people in our tour group traveled 24 hours instead of 2 hours, due to terrible experiences with Lion Air and flying from Jakarta.

We booked our flights on Traveloka and took NAM AIR, which took 45 min from Denpasar to Labuan Bajo. The tickets cost us around $150 USD each for return flights. We decided to book the flights a day prior to our tour and a day after. I strongly recommend you do the same, we had to wait around on people who arrived on the same day and hence our tour starting 3 hours later than it should.

Where to stay in Labuan Bajo

When booking hotels in Labuan Bajo, be prepared for terrible smells, poor breakfasts, and early wake-up calls from their three mosques. We stayed in two different places and both had the above shortcomings. The mosques were actually very intense and one had called to prayer (and probably other chanting too) going on all day. We found out that both of those hotels are actually in the middle of this mosque triangle.

It doesn’t matter so much where you stay in Labuan Bajo, I’d suggest you focus more on the quality of the hotel instead of the location. There is not so much to explore in this town and you will be grateful you didn’t have any early mosque wake-up calls before or after your tours.

What to do in Labuan Bajo

Labuan Bajo is your starting point for the tour. No matter if you select multiple day-tours or overnight, live-aboard tours, you will spend at least a day or two in this town.

These are the places you should definitely check out while you’re there: 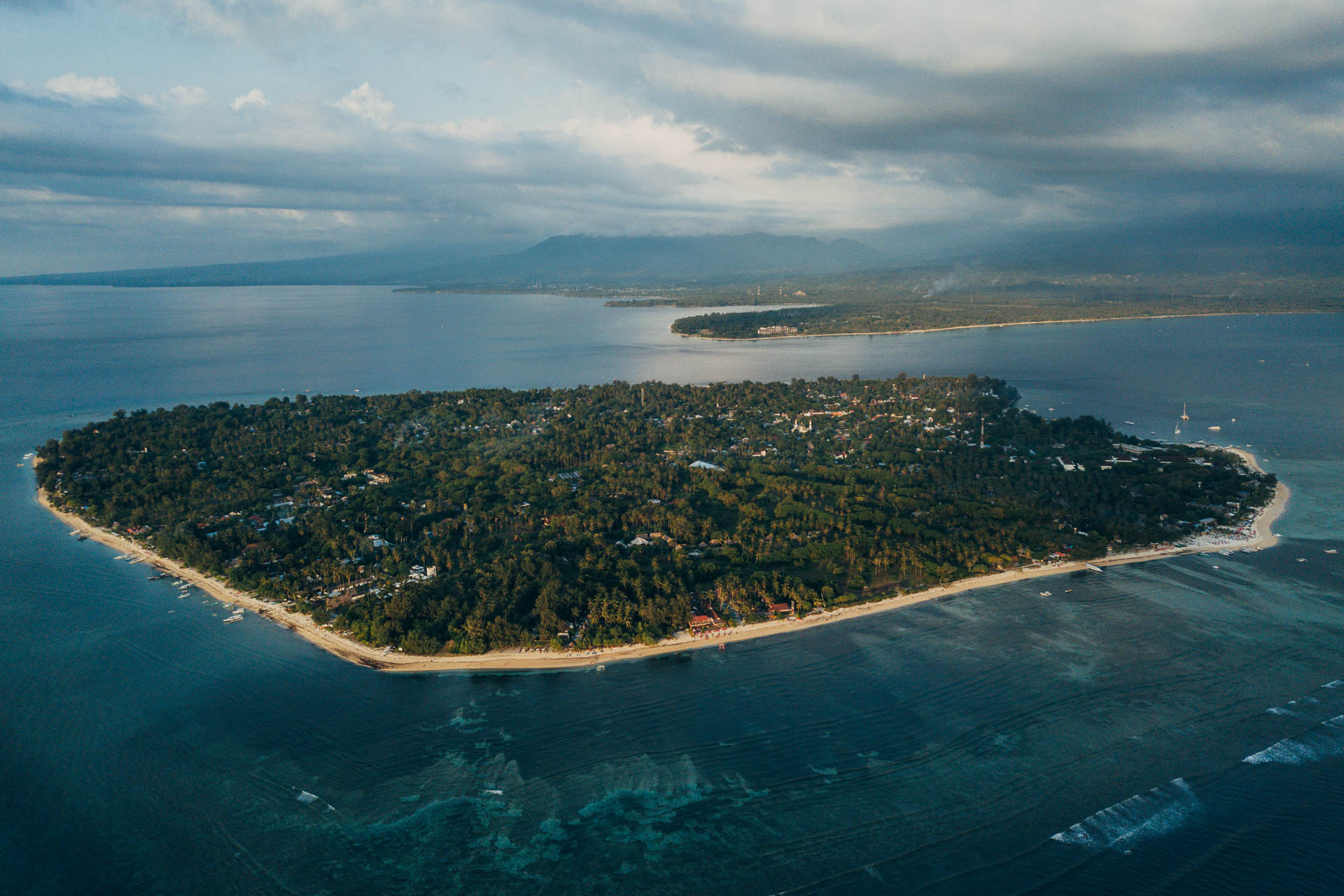 10 Best Things to do in Gili Air, Lombok 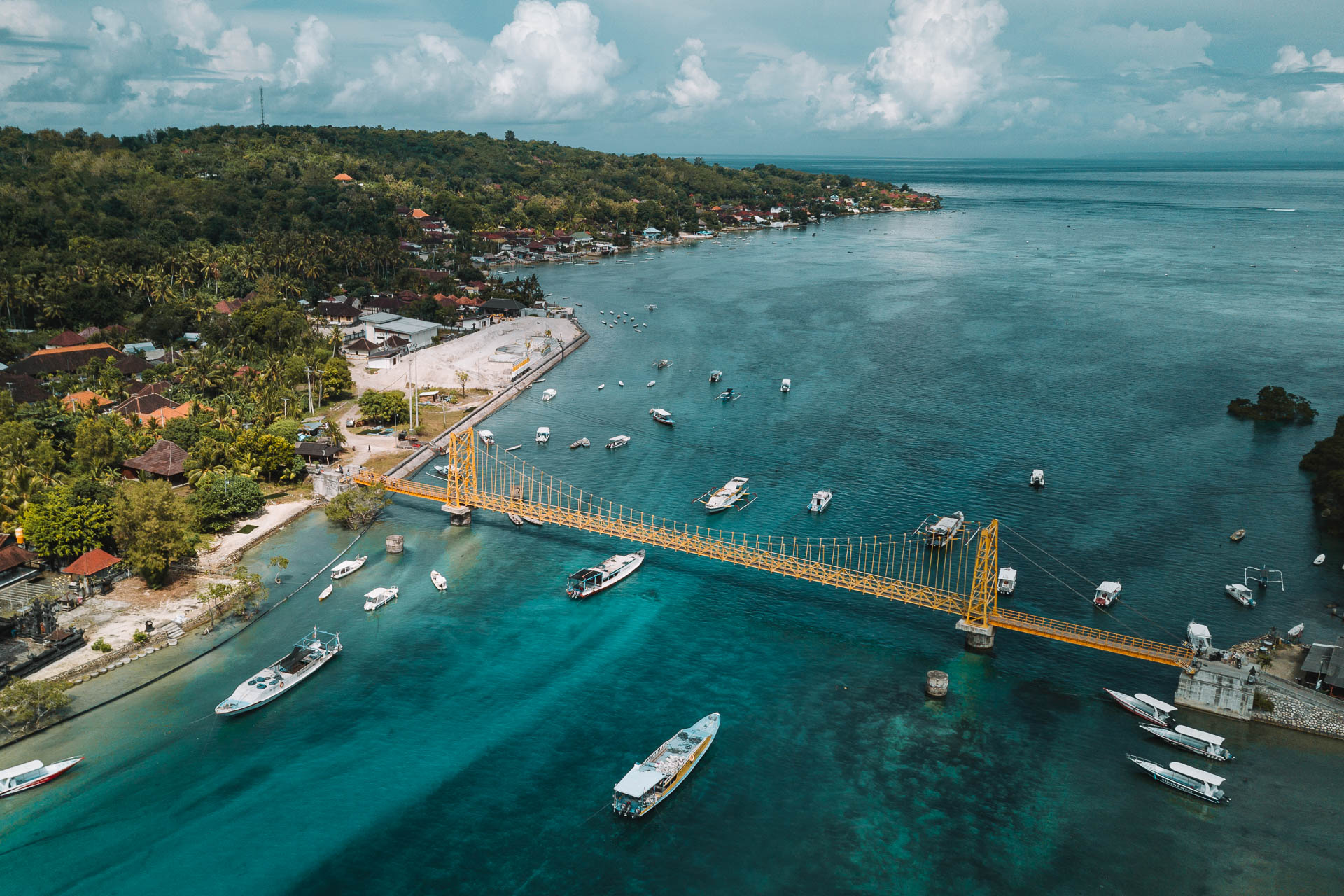 10 Best Things to do on Nusa Lembongan & Ceningan 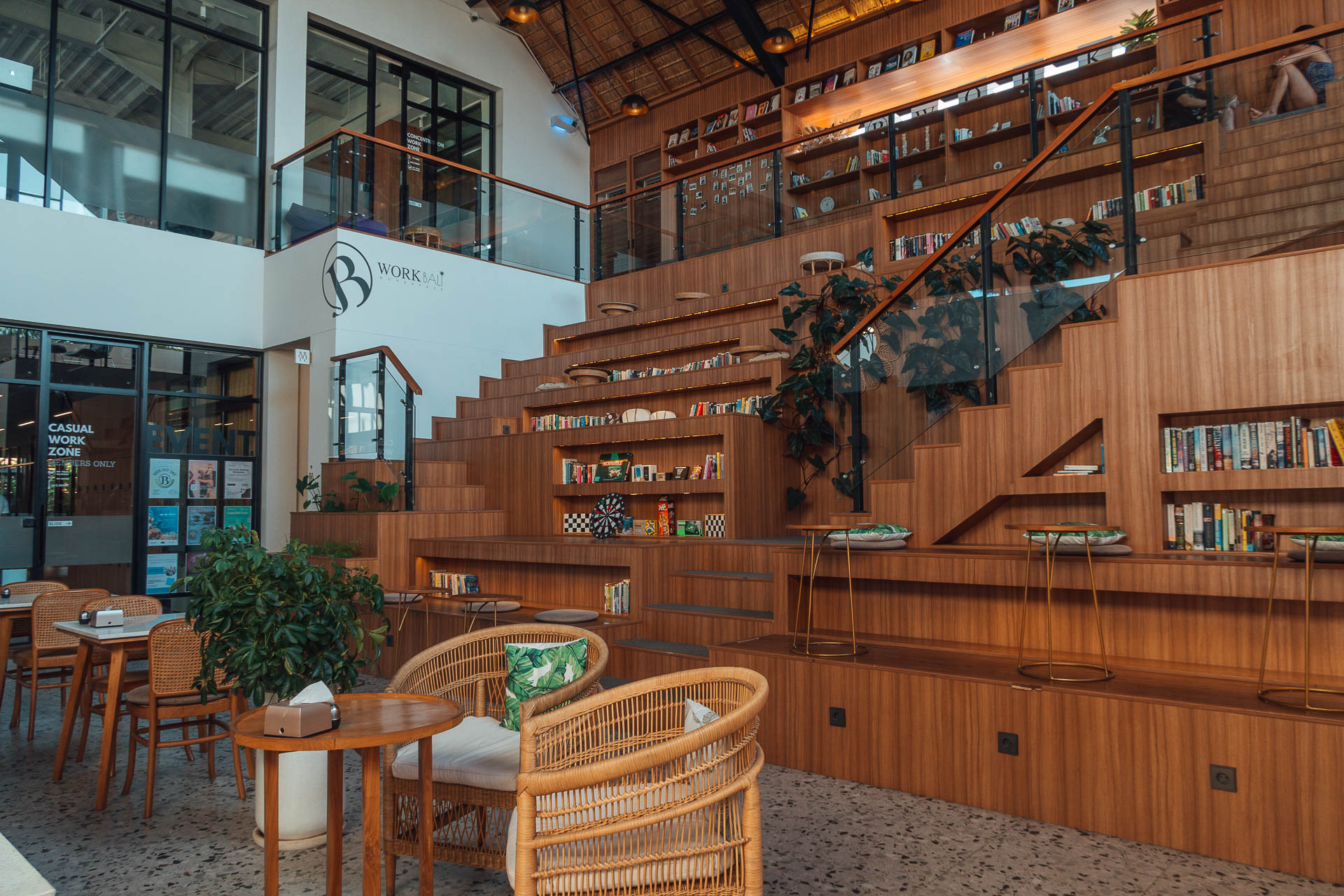 10 Best Things to do in Gili Air, Lombok

10 Best Things to do on Nusa Lembongan & Ceningan 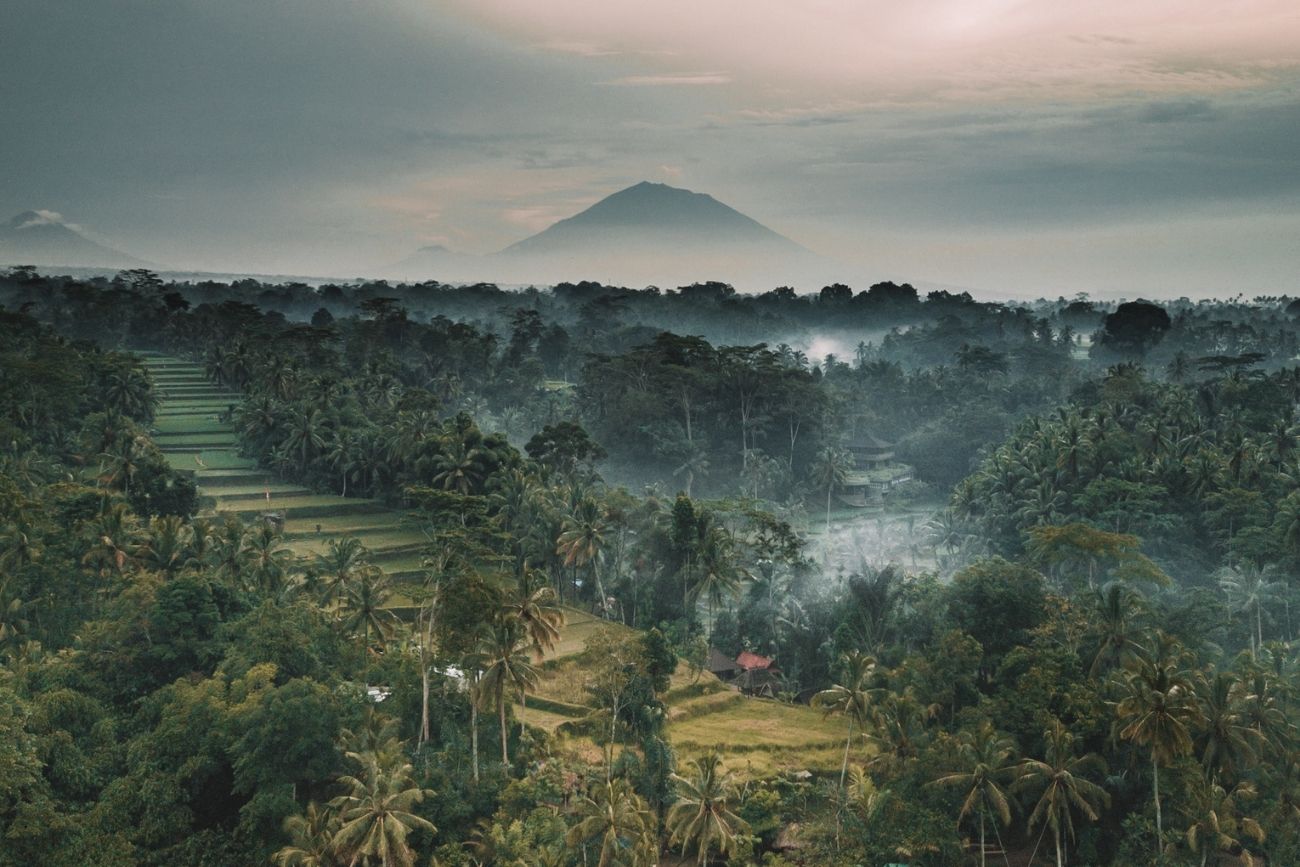 I really want to visit Indonesia and the Komodo Islands. Sailing around them looks like the perfect way to do this. Pink Beach would be the highlight for me.

It's the most perfect and the only way to do it! :)

Your pictures are gorgeous! Indonesia is on my bucket list and I will definitely be using this guide! What was your favorite part of Komondo national park?!

Thank you so much :) My favourite was Padar island - it really is as beautiful in real life as on the photos!

These pictures are gorgeous. Definitely saving this for my (eventual) future trip here!!

Happy to hear that!

Wow, your photos are beautiful! Definitely looks like an amazing experience!