Sri Lanka is the world’s fourth-largest producer of tea and in Nuwara Eliya tea is the very core of the local lives. Tea production is one of the main sources of foreign exchange for Sri Lanka and it employs, directly or indirectly, over 1 million people. We spent two weeks exploring Sri Lanka and arrived in Nuwara Eliya by train from Ella. While we only stayed in Nuwara Eliya for one day, we felt it was enough to do the things we wanted to do. In Sri Lanka, they make three varieties of tea – white, green and black. In this article, you’ll be able to learn everything you need to know before visiting this Nuwara Eliya tea factory and plantation at Damro.

The Nuwara Eliya tea factory that we visited is called Damro Labookellie Tea Centre (former Mackwoods) and is the oldest tea centre in Sri Lanka. Their tea bushes are replanted every 100 years on over 5,000 hectares of lush tea plantations. In this tea factory, they make white and black tea, while the green tea is processed in another tea factory and then sent to Damro. All the different kinds of teas have different processes of making and you will be able to learn all about these processes if you do a tea factory tour.

The factory tour at Damro is free of charge and ends with delicious tea and cake tasting at the Damro Tea Lounge. While the tour and tea are free, the cake tasting has a small charge and the main profit from the tour comes from tourists buying the tea at the gift shop. You do not need to book the tour in advance and the best way to get here is by organizing the 35min transport with your hotel in Nuwara Eliya.

At Damro, they have approximately 1000 pluckers, 700 of those are women. The workers earn (according to the tour guide) 800 rupees for an 8-hour workday, or 25,000 LKR per month, which is approximately $140. This tea plantation makes roughly 2,000kg of tea per day, every day of the year. 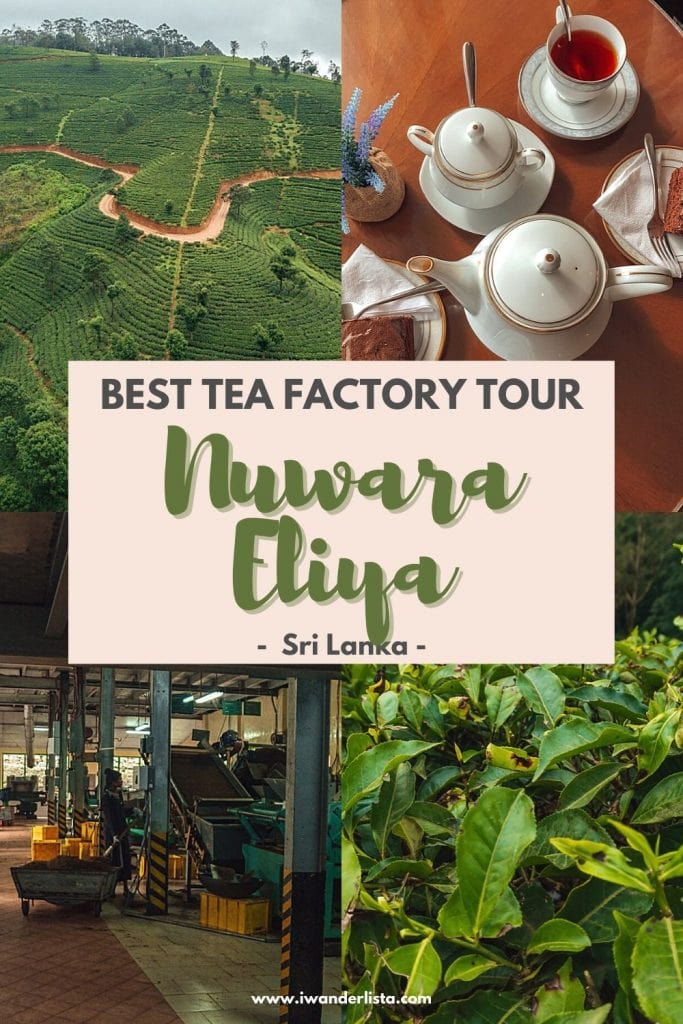 The factory tour will take you through the process of tea plucking, withering (takes out the moisture), rolling, fermentation, firing and sorting/grading.

Interesting fact: When plucking, only the top leaves (two or three leaves and a bud)  are used for making the black tea, since the top leaves are healthier and fresher. An employee who is plucking in the plantation will work 8 hours to pluck 20kg of leaves for black tea and wait 8 days before she can return to pluck the young leaves from the same spot again.

After you’re done with the tea factory tour and the tea and cake tasting, head over across the estate and wander around the plantations. Take a look at the leaves up close and walk to the ladies working the fields and observe how fast and meticulous they do the picking!

All in all, you’ll need a maximum of 2 hours for a relaxing experience here.

Everything you need to know before visiting

When to visit Nuwara Eliya

The best time to visit Nuwara Eliya is from February to May. Despite the temperatures still being quite low at this time of the year, it doesn’t rain as much. We visited in July and it was considerably cooler than the rest of our trip (below 20 degrees celsius) and rainier here.

Make sure you bring a sweater when you visit Nuwara Eliya tea factory and plantation, as well as in general.

How to get to Nuwara Eliya

We travelled to Nuwara Eliya by the scenic blue train from Ella. While many make the trip from Ella to Kandy uninterrupted, we decided to make a stop in Nuwara Eliya.

Riding the train in Sri Lanka is very cheap, with prices starting from 60 rupees from Ella and 80 rupees from Kandy, for a third-class ticket. When travelling by train, you’ll get off at the station called Nanu Oya and then take the van or tuk-tuk (if you’re close by) to your hotel. Be careful who you pay for your ride, there is a big dispute among the taxi drivers from Nanu Oya and Nuwara Eliya and you could get in trouble if you opt for one coming from Nuwara Eliya.

I wouldn’t recommend taking the bus here, but if you’re in for an adventure, then you can take a bus from Colombo, which takes about 6 hours and around 2-3 hours from Ella or Kandy. Bear in mind though, that there is no direct bus from Ella to Nuwara Eliya, so you’ll have to make some stops in between.

We chose to stay at Guest House Suriya and I would not recommend it. It was cold, the receptionist was never available and the breakfast was stale bread and minimal choice. We generally felt that there isn’t much good accommodation for a mid-range budget in Nuwara Eliya, so be prepared for a lower standard than elsewhere in Sri Lanka.

I hope you enjoyed this guide to the Nuwara Eliya tea factory and plantation! If you do end up visiting, let me know how it was in the comments below, or save the post on Pinterest for planning the trip. 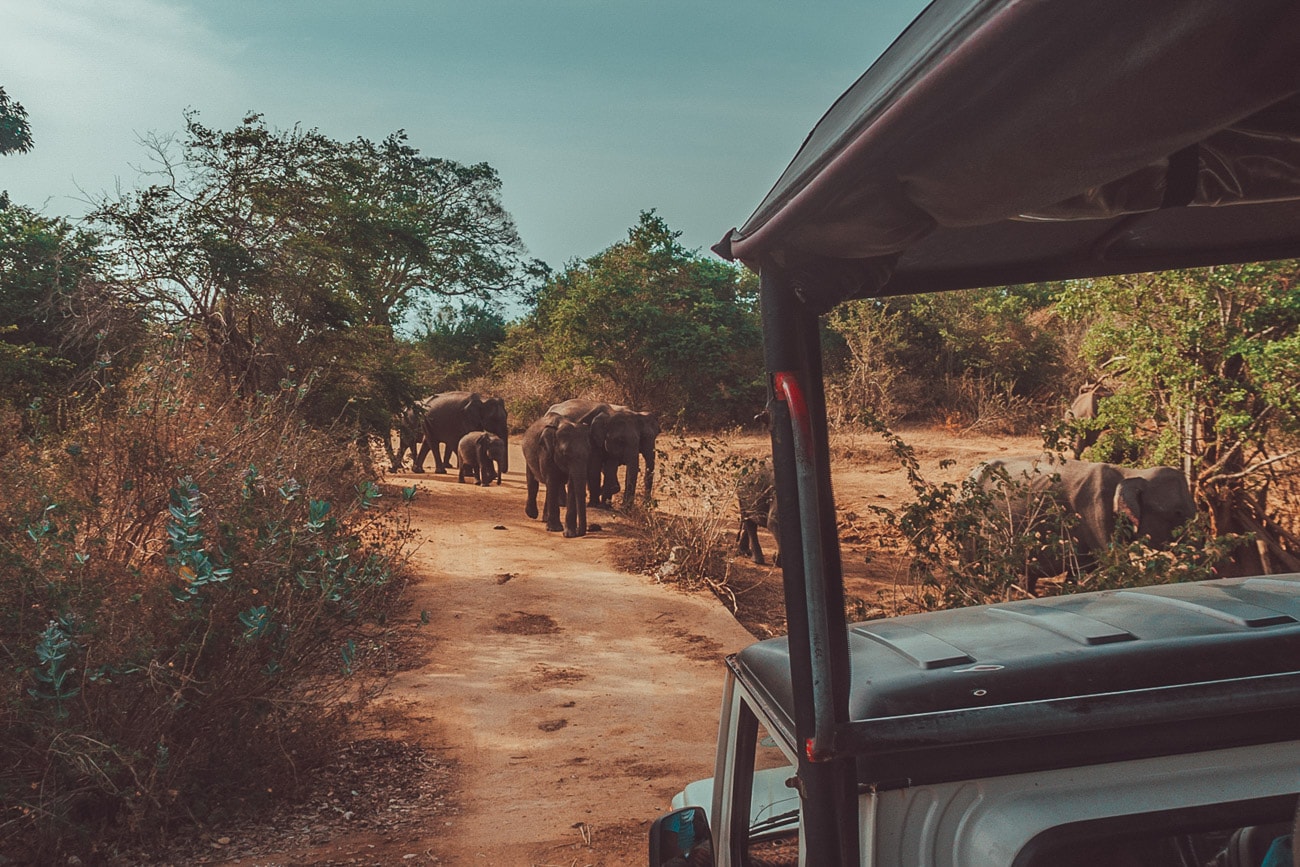 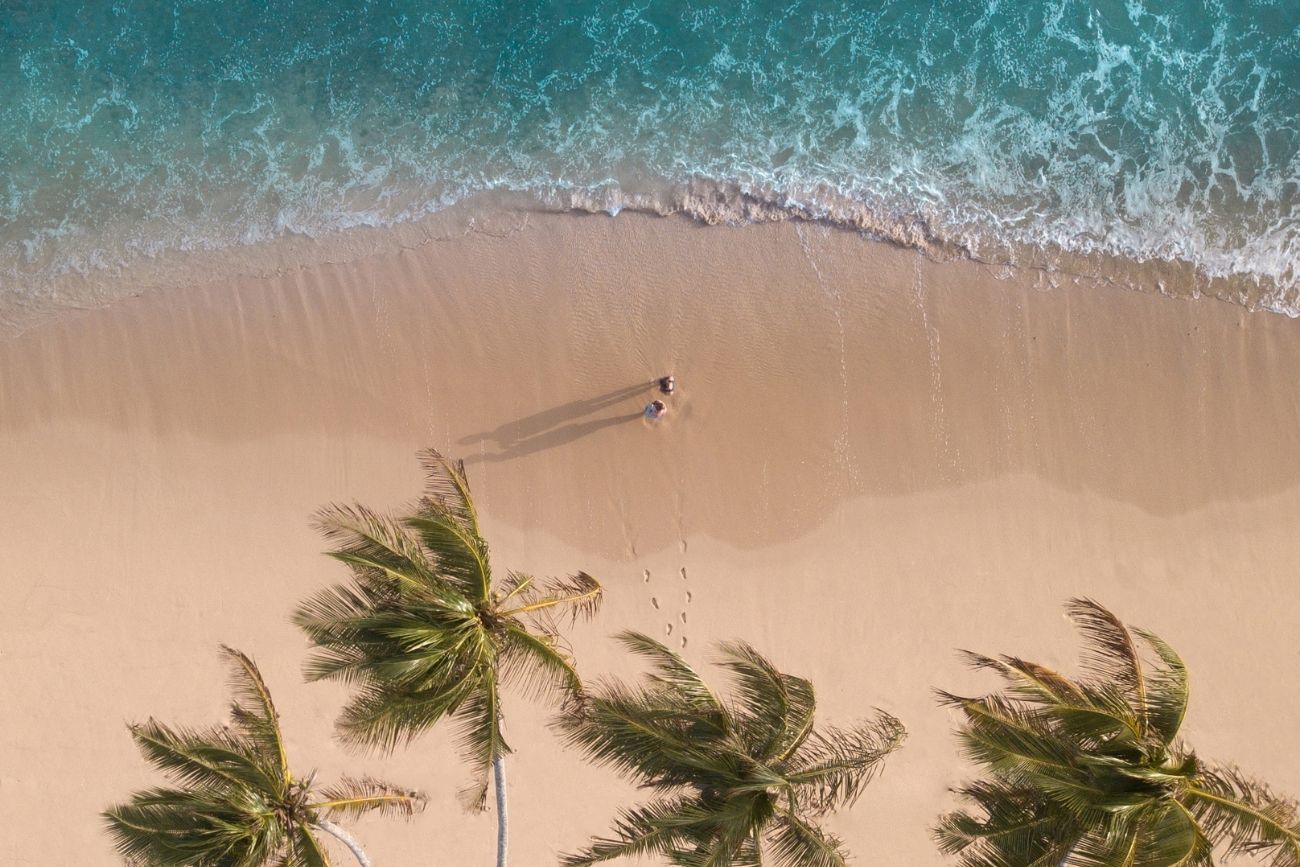 This is such an informative article, thanks!