Philippines offer some beautiful island locations, but Coron island hopping was by far in our top 5 experiences from travelling around the country for a month. Avoid the letter tours and choose a private tour provider (we went with Red Carabao) and see the beautiful islands undisturbed by masses of tourists. We paid PHP 8000 ($158) per person for a 2D1N tour. The tour included all food, drinks, entrance fees and more and it was really worth the money. We were only a handful of people on board and it was an experience I would definitely do again.

On the first day of the 2D1N tour, we saw Barracuda Lake, Twin Lagoon and Skeleton Wreck. Afterwards, we sailed off to the private beach and unpacked our stuff. We kayaked, swam, snorkelled and enjoyed a beautiful sunset with new friends by the bonfire.

On the second day, we woke up to a yummy breakfast, ground our own coffee and got ready for a new adventure on the sea. The first on the list was Malcapuya Island, Ditaytayan Island and finally ending the tour with Bulog Dos. It was just the most amazing experience and I definitely recommend everyone to do it!

We spent 4 days in Coron and besides the island hopping tour, we even got to do some fun things in the town and near it. See more things to do in Coron here.

The first stop on our Coron island hopping tour was Baraccuda Lake. We were the second boat to arrive there and definitely beat the crowds that came about half an hour later. I would say the tour started off strong, but honestly, Barracuda Lake was a bit of a disappointment since the best thing to do there (was) is snorkelling and checking out the cliffs underwater. Turns out that just a few weeks before we were there, two Czech tourists decided to snorkel drunk there. They drowned, and now everyone has to wear swimming vests there, which makes going underwater a little tough.

We did sneak around a bit and took them off just to go underwater really quick. made a couple of photos, but we didn’t really dare to break the rules too much. The vests are such a limitation if you’re a good swimmer. So, it was a bummer!

Coron is definitely a great place to fly your drone at though – the views from above are absolutely stunning! Just make sure you set it on the right frequency, it’s a known fact that drones disappear aka fall into sea way too much in the Philippines. It does make for a good adrenaline rush though haha 😀

The Twin Lagoon was the second stop after Barracuda Lake and the name says it all. A pair of stunning blue lagoons set amongst jagged walls. The Twin Lagoon is probably the most popular stop in all of Coron and is therefore hard to get to yourself. Our boat arrived fairly early so there wasn’t too much of a crowd, but as we were leaving there were many more boats parked at the entrance.

If you booked a tour, you’ll have all the entrance fees included and won’t need to worry about where to pay and how much for each stop. The Twin Lagoon has a limited amount of tickets, so make sure (if you’re doing a self-organized tour) to secure entrance a day ahead. Your hotel can help you out with this.

Here you’ll be able to snorkel from one lagoon to the other and enjoy the beautiful views. Another perfect place to take out the drone, if you’re travelling with one.

The last spot on our first day of Coron island hopping was the Skeleton Wreck. Skeleton Wreck is a Japanese ship that was hit by an airstrike during WWII by the US airforce. It’s about 25m long at depth of 5m at the most shallow part to 22m at the deepest.

Skeleton Wreck is a great spot for snorkelling, free-diving or scuba diving and you’ll see plenty of fish around it. As with every wreck, it’s most interesting if you’re able to go all the way down. If not, then you can still enjoy some good snorkelling there.

As I mentioned earlier, we did a Coron Castaway tour with Red Carabao. After our tour to the above locations, we then settled on the private beach, where we’d spend the night. We kayaked, sunbathed, played board games, ate delicious dinner, drank amazing rum cocktails and sat by the fire.

Another great reason to book this tour (not sponsored, just really liked it!) was that Red Carabao works alongside local Tagbanua families. On the beach where we stayed, we were the visitors. We learned about the Tagbanua indigenous people’s way of life and even learned how to make coffee the way they make it. A little glimpse into their life, yet a very important one. A good relationship and working alongside these families is essential to how Coron Island will evolve in the midst of mass tourism. I’d love to write more about how they live, but I think it’s something you must experience, rather than read about 🙂

After a goodnight’s sleep on the beach barracks, we woke up to an amazing breakfast spread prepared by the locals and crew. We got to make our own coffee and eat before we sailed off for the day 2 adventures.

The first stop on the second day was Malcapuya Island. Mostly known for fantastic snorkelling and giant clams, you can easily spend 2 hours discovering underwater life here. We stayed here quite a while (maybe even a little too long), due to intermittent rain, but it was still quite nice to be able to be in one spot a little longer as well.

Our second island for this tour and also our lunch spot. We arrived when there was only 1 boat there besides ours. The crew prepared lunch and we took this free time to snorkel and swim. They prepared some fresh veggies, fish and meat dishes and we chatted on the boat a bit.

Once we saw several other boats docking here as well, we decided to call it a day and head back to Red Carabao’s beach. I really loved that we could be flexible since we were only 6 who did the tour so that we could avoid the crowds.

We finished our second day of the Coron island hopping tour on Bulog Dos. This was by far the most unimpressive place & if you get a chance to ask your tour guide to change this destination, then do it. There were a lot of boats here and the only thing you could do was snorkel and crowd on the beach. The reef wasn’t that amazing here, so we just kind of wanted to head back afterwards.

All in all, the tour was really great and the highlight was spending the night on the beach and meeting the local families.

Best things to do in Coron

Besides island hopping in Coron you can also opt for doing other things in, and around the city. So, I wrote a more extensive guide on what to do in Coron, but below you can see a list of the items I describe in more detail there.

How to get to Coron

Coron is easily accessible from Cebu, Manila or El Nido. Domestic flights are the fastest and most comfortable option, but also the most expensive. Having experienced the ferries and the vans, I would definitely recommend paying extra to fly.

The flight from Cebu cost us PHP 5600 (roughly $110 USD) per person and this is the kind of price you should expect from all locations in high season. Booking early is definitely a wise decision when travelling in the Philippines.

The cheapest and least comfortable way to get to Coron is by ferry and land transport. We booked the Montenegro ferry to El Nido and were terribly disappointed. The tickets cost PHP 1790 (around $35 USD) and the bumpy ride took 4 hours. If you have the budget, opt for flying. You’ll save plenty of time and patience 🙂

Top 5 Things To Do in Coron, Philippines

Top 5 Things To Do in Coron, Philippines 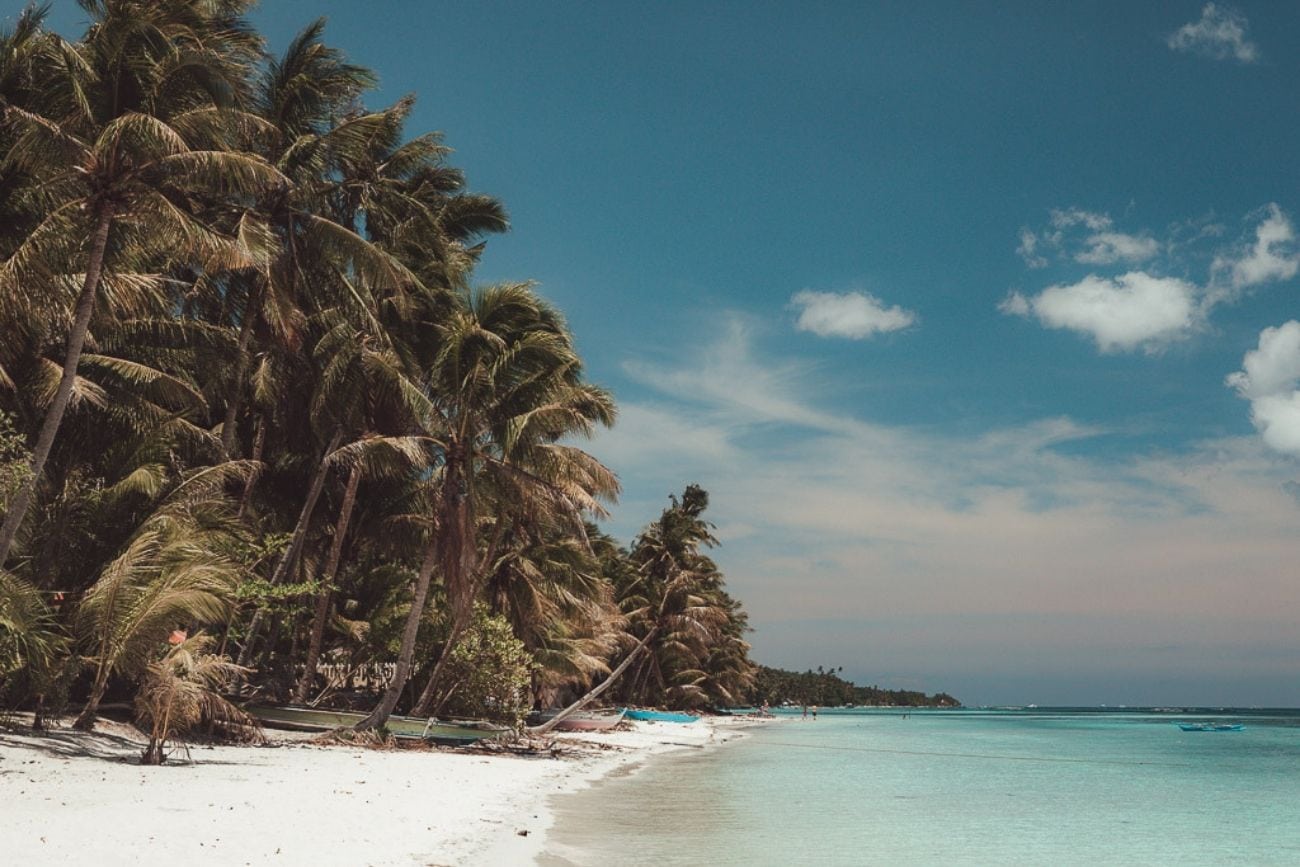 Your photos are so, so beautiful! I'd so love to go here someday!

How nice of you, thank you! You must, it's gorgeous :)

Coron looks like paradise! I have been reading a lot about El Nido, but hadn't read as much about Coron. I love the idea of a small private tour - it's nicer to have that small group feel and feel less like you are being herded! Will pin for later!

Oh El Nido is gorgeous!! But Coron is so close by it's really worth the visit :) Glad you enjoyed the article!

The twin lagoons look magical and the private island sounds like an absolute dream. I am so adding this to my list. Your drone photos are stunning.

Thank you, how great to hear!

I have to admit, when I saw the price you paid per head for this tour I was shocked, I expected the Phillippines to be much cheaper than that, but after seeing everything you did and saw it was definetely worth it. The philippines is somwhere in my bucket list, now I will make sure to include Coron island (and surrounding islands) to my list. Thanks!

Oh the Philippines are so expensive for tourists, we were shocked as well! But this tour was really worth it, with two full days of sailing, entrances and food it was one of the least expensive things we did during our month there. Nice,you'll love it - the nature is unlike anything you've seen!

Sound like an amazing island hopping experience, thanks for the inspiration :)