Ljubljana is the capital of Slovenia and a charming central European city with a medieval core. In the city center, you’ll find several captivating bridges, and maze-like streets full of small shops and cafes. Ljubljana’s old town and city center are closed for traffic, which makes it the perfect city to stroll around in. This guide to Ljubljana covers my favorite things to do in Ljubljana in one epic day.

Best things to do in Ljubljana in one day

1. Stroll around the Old Town

To this date, I haven’t found a European capital to be more beautiful Ljubljana. Picturesque charming old buildings, countless bridges with lots of character, and cafes serving food and drinks by the river. You can easily spend an entire afternoon just people-watching here! 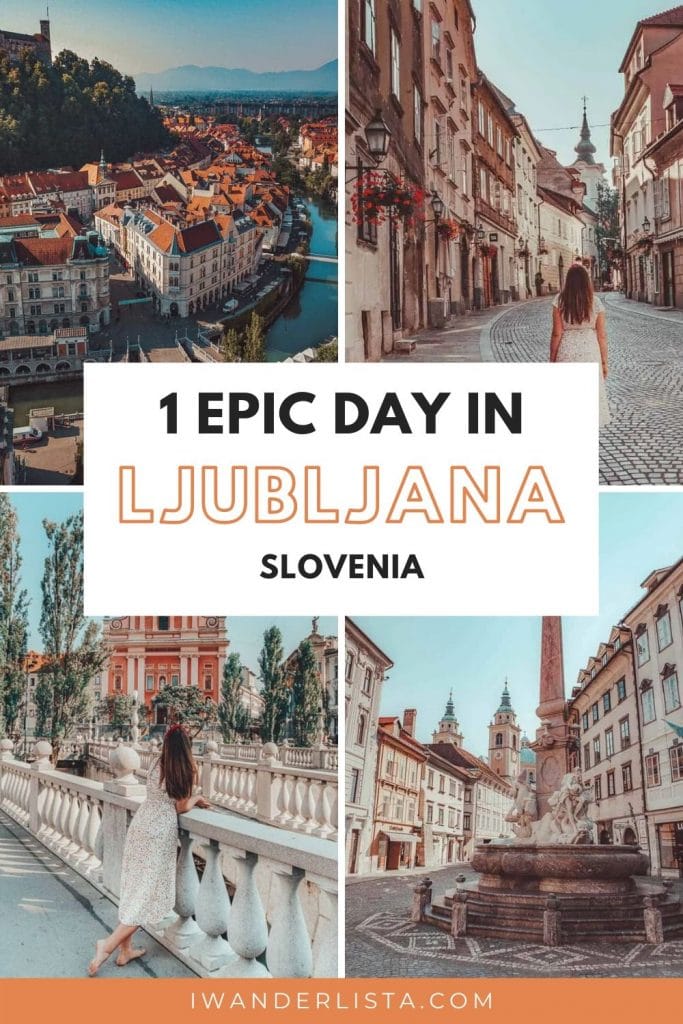 The central part of Ljubljana is completely closed for traffic as well (except delivery and emergency vehicles of course), which is a green initiative by the city. You should start your stroll at Preseren Square – the national poet (one of his poems is the Slovenian anthem) and if you look carefully enough you’ll even see which balcony he is looking at.

Ljubljana Castle overviews the city in an almost fairy-tale-like setting. Originally the castle was a medieval fortress, constructed in the 11th century and rebuilt in the 12th century. You can either drive up to the castle, walk or take the funicular. The castle offers guided tours, exhibitions, and an unbeatable view of the city.

Having lived in London one would expect the food market scene can’t be better elsewhere in Europe. Yet, Ljubljana’s Odprta Kuhna (Open Kitchen) beats any food market I’ve ever been to. The wide variety of food and drink choices and the cozy setting are two major pluses, but I was really impressed by the recycling station and free drinking water. Those are some luxuries not many food markets can boast with!

I’ll admit – it took me years to find the right time to hop on the boat tour. But I am so happy we finally managed! The boat tour takes less than an hour and you’ll see some pretty parts of Ljubljana, as well as different angles to the charming city center.

Hot tip: in Slovenia coupon websites are very popular. Go on kuponko.si and get the boat ride at half the price, almost any time of the year. It’s the one offer that always seems to be on these coupon sites and it’s almost a crime to pay the full price. We got it at a mere €5 per person. Definitely one of my favorite things to do in Ljubljana!

5. Check out the graffiti at Metelkova Mesto

Metelkova Mesto is an alternative culture center, developed from a squat in a former army barracks. Metelkova was a big part of my teenage years. The place is filled with art galleries, underground clubs, and a big core where ‘everything is allowed’. On the weekends it turns into quite a party place, but during the daytime, you can enjoy checking out all sculptures and the art on the walls. Despite the government’s several attempts to tear down the complex, it still remains strong. Hence its resilience, it became a popular destination not only among the locals but the tourists as well.

Bonus: Take a trip out of Ljubljana

I know this is not ‘technically’ in Ljubljana, but Slovenia is small and Ljubljana is right at the center of it! So if you manage to complete all of these best things to do in Ljubljana in under a day, then do take a trip out as well!

Why not see the fairy-tale-like Lake Bled, the pretty coastal town of Piran, or perhaps one of the other best things to do in Slovenia? This country definitely has something for everyone and you’re bound to love it, no matter the time of the year!

How to get to Ljubljana

I strongly recommend you rent a car for your travels through Slovenia. Especially if you plan on visiting several destinations. If you plan only on staying in Ljubljana, then consider only public transportation. The parking fees are not worth the trouble and the city is very walkable – so no need for a car. This is how you get to Ljubljana:

By airplane: All flights to and from Ljubljana are operated through the Ljubljana Jože Pučnik Airport, which is located 25 km from the city center.

By car to Ljubljana: For driving on motorways, it is mandatory for you to have a vignette.
The following speed limits apply on Slovenian roads:
– built-up/residential area 50 km/h
– regional roads 90 km/h
– express roads 110 km/h
– motorways 130 km/h

By bus from other cities to Ljubljana: The web site of the Ljubljana Bus Station (Avtobusna postaja Ljubljana) offers timetables for all local bus connections, including the plan of the bus routes. The ticket office is open daily from about 5.00 or 5.30 until 22.30. For most of the routes, you can buy the tickets directly from the driver. Make sure to have small denomination Euro notes and coins ready.

By train: Railway connections from Ljubljana to the major cities across the borders are often operated by intercity trains.

Ljubljana is a very walkable city and most of its coziest city-center streets are car-free. As most of the highlights on this post on the best things to do in Ljubljana are for the city center, then I recommend you put on your comfy shoes and walk as much as you can.

And if you plan on going further out of the city, then the public city bus network makes it easy to travel within the city. There are more than 40 bus lines, which run according to regular schedules throughout the day. Holders of the Ljubljana Card are entitled to free of charge use of the city bus network.

The best time to visit Ljubljana is in May, June, and September. The high season is end of June to the end of August. In the early summer and early autumn, the locals will be in school/work and the majority of tourists arrive during the high season. Slovenia can be very hot during high summer (up to 40 degrees!), so arriving outside of those months will not only give you more energy to explore, but the streets won’t be as crowded. 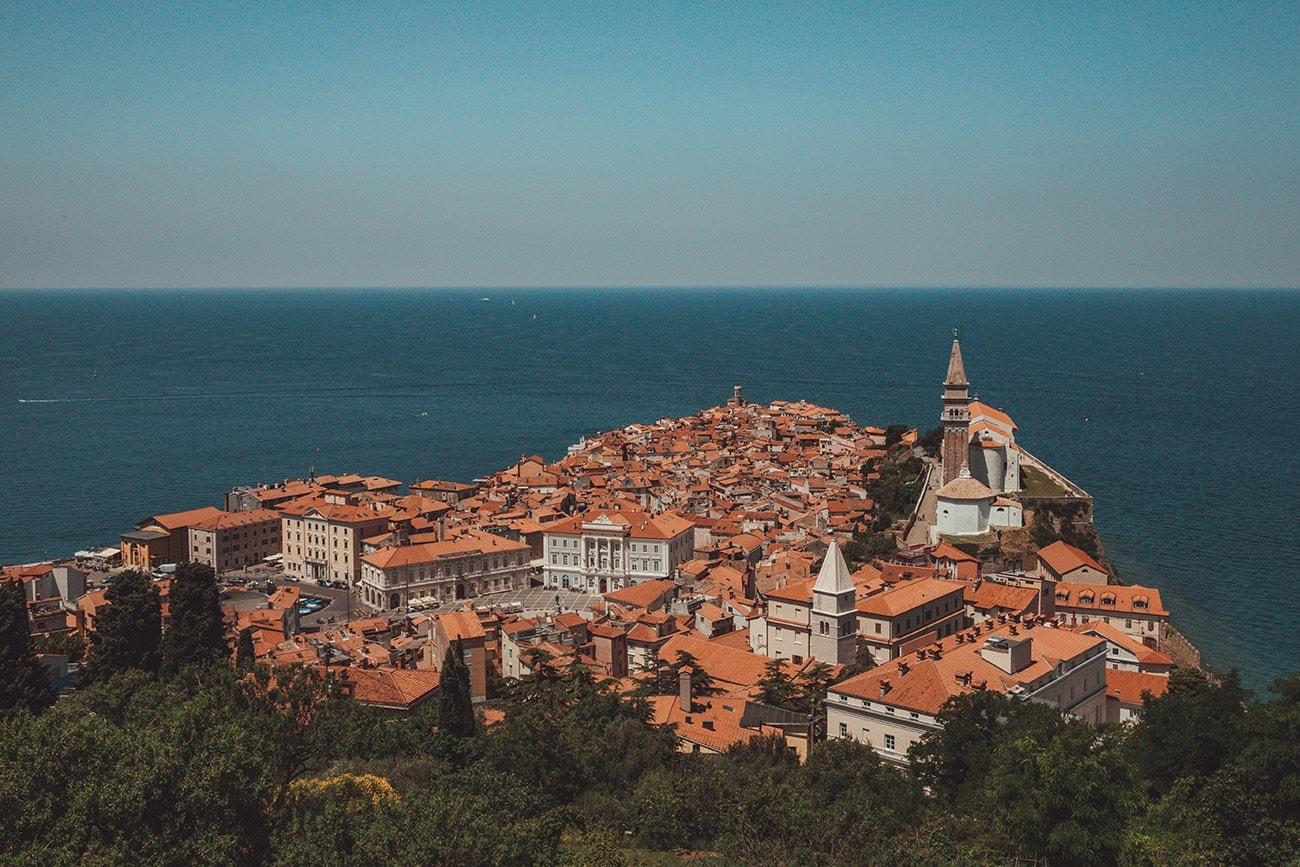 One Day in Piran - Best Things To Do in Piran, Slovenia 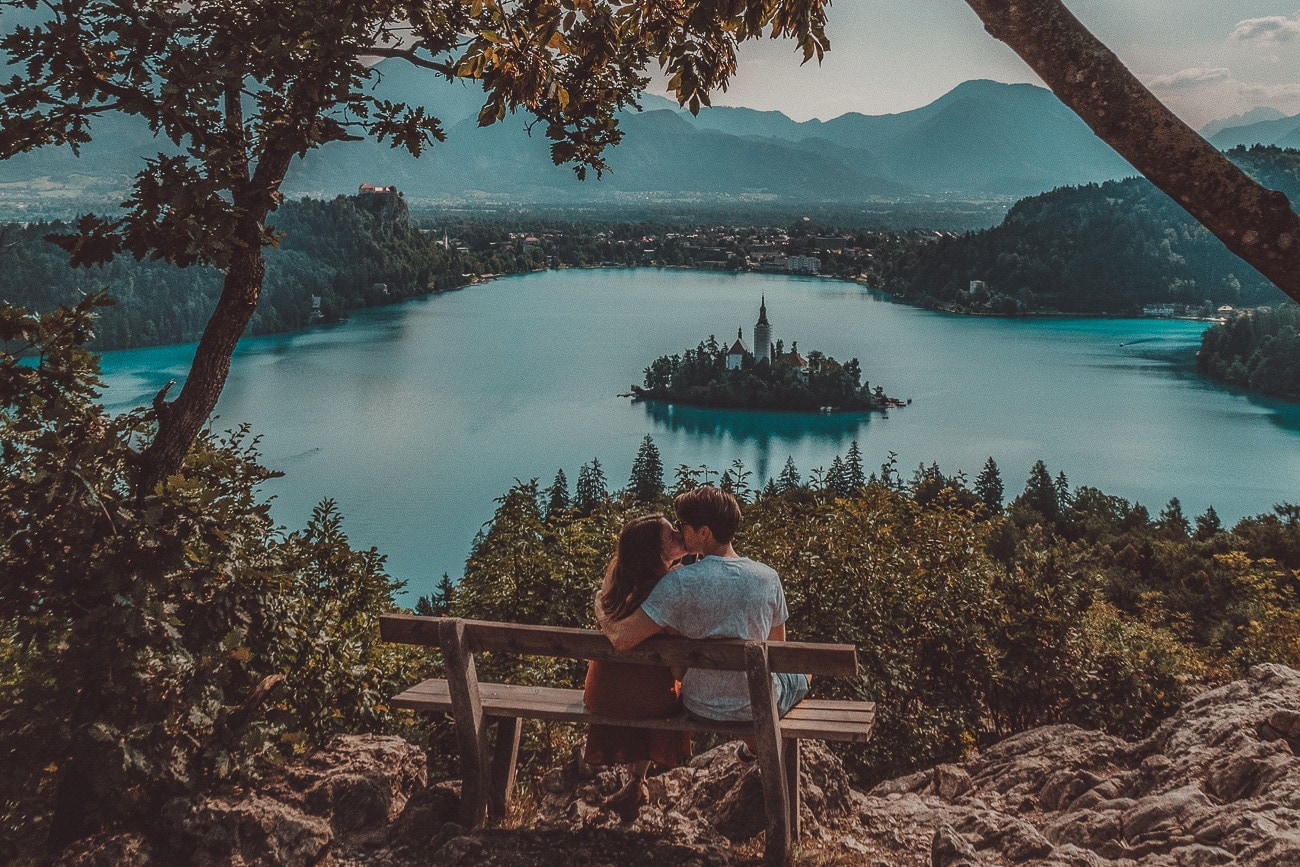 5 Best Things to do in Lake Bled, Slovenia 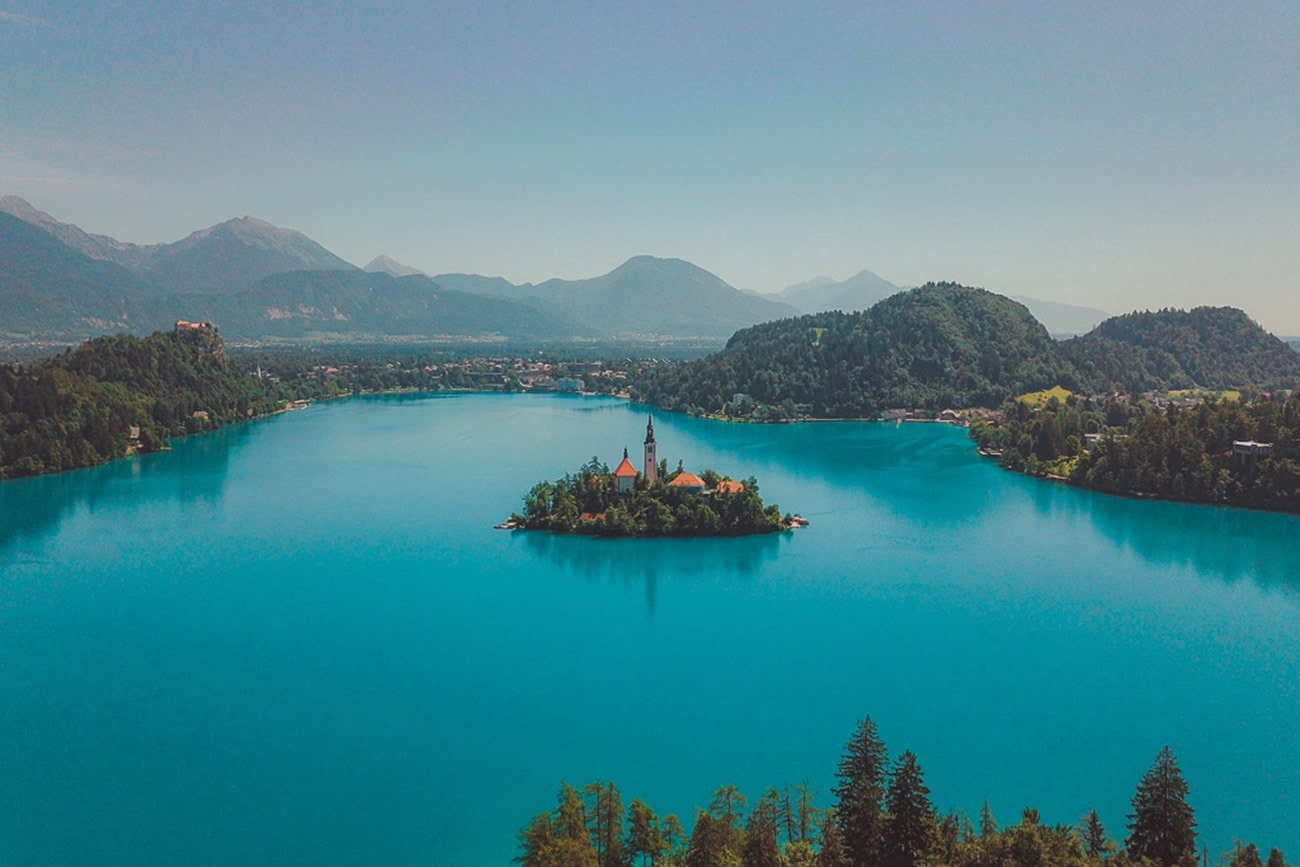 15 Best Things To Do in Slovenia in 5 days

One Day in Piran - Best Things To Do in Piran, Slovenia

5 Best Things to do in Lake Bled, Slovenia

15 Best Things To Do in Slovenia in 5 days 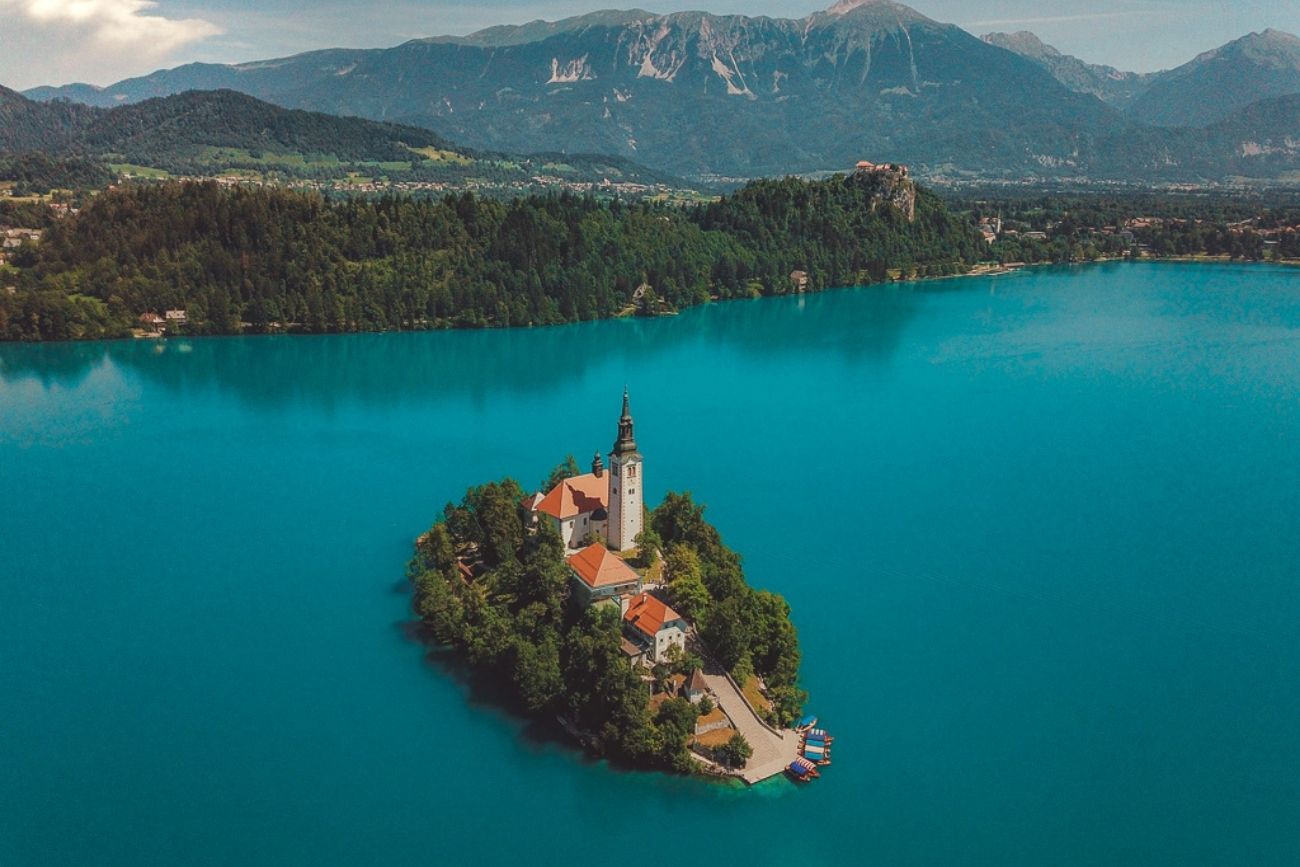 The pictures look amazing! Would you say it is safe to travel alone to Ljubljana as a young female?

Thank you Rieke! Yes, for sure - Slovenia, in general, is very safe and Ljubljana is no exception. Be as careful as you would be anywhere else, I never felt unsafe there even as a teenager wandering alone around Ljubljana drunk at 5am ;)

Your photos are very pretty! It does look like a wonderful part of the world. I'd love to go next time I'm in Europe!

Thank you! yeah, I adore Slovenia - really worth the trip!

Ahhh Slovenia is on my list for next year! Ljubljana looks beautiful! Great post, saved for future use!

Thank you Amy! Glad I could give you some inspiration :)